Young Staffie Bulldog mix, Louis, is an excitable delight who finds it hard to calm down!

Surprisingly, he does with ease something requiring real self-control that many other dogs would find hard. When the doorbell rings, as they go to open the door he takes himself off into another room! No barking.

He was let out to join me and had a good sniff.

Then the jumping up began.

He seldom jumps up at his owners now but he will invariably jump up at any other people who call at the house.

This is not really about jumping up, is it. It’s about excited, friendly greetings with maybe a tinge of anxiety.

Face to face is where dogs think greetings happen.

Imagine how hard it is for an excitable dog that isn’t shown what the human protocol for welcomes is – in a way that he understands.

Why does he keep jumping up despite scolding? The result must be worthwhile in some way. He gets a result that hypes him up even more. This will be attention of some sort from either the visitor or the couple who feel they need to intervene. Louis trying self-control while he has his photo taken!

For Louis to gain some self-control he needs to calm down. People need to help him by not reacting to the jumping up but by showing him and reinforcing the greeting behaviours the do want with the attention he craves.

There is a fine line to what they can do! The smallest touch or silent drop on the floor of food may have to be enough. Any more and he will be jumping up with excitement again.

Louis is such a biddable dog. He really does his best. I took the photo of him trying with all his might to sit still for long enough. Look at that ‘trying my damnedest to sit still and please you’ Staffie face!

Louis with his own humans is different to Louis with others.

He jumps up at people but not his own two humans.

However he may react to other dogs when on walks with his owners, particularly on lead, but he’s fine dogs when out with other people. (Louis runs free with other dogs three times a week with a dog walker and is no problem at all).

Their concern started with a fight between Louis and a dog they had walked him with for a couple of months.

The dog he knew, with issues of his own, was muzzled as usual. This time there were two smaller dogs in the group and all four dogs including the muzzled dog were off lead. There was a lot of ball-throwing (guaranteed to wire dogs up) and more humans in the mix than usual.

It was all too much. The excitement sparked trouble. It had gone past the point where they could calm down.

The larger muzzled dog eyeballed Louis who suddenly retaliated. The two dogs were immediately parted – with some minor damage to the human hands that were involved.

Once something has happened, owners very understandably get nervous.

Walks are never quite the same or as enjoyable again.

Now when Louis is on lead and sees another dog, he may lunge and bark. How much of this is generated by the tightening of the lead by his worried humans they can only guess. How near to the other dog that it happens can vary.

I suggested they have a ‘week off’. A complete break from worrying about encountering other dogs. To avoid them altogether for a week. Walks are to mean something different – not simply as much exercise as they can cram in for an hour going from A to B.

Both they and Louis can have time to calm down and enjoy wandering, mooching, going nowhere in particular. Take a look at this: Take time to smell the roses (or pee if you are the dog), by Steve Mann.

Louis, after all, is still socialising with his friends and other dogs three times a week with his walker who has not problems with him at all.

During this week they can rehearse and role-play what they will do when they see another dog. The couple will work on an escape procedure for if they are taken by surprise.

They can do more work on the desensitisation they have already begun – encountering dogs at a distance where he can cope – the threshold. They will now add counter-conditioning – associating other dogs with the good stuff. We have worked out quite a tight plan of exactly how to do this for real.

The couple say they have spotted Louis’ thresholds already but they have either kept advancing or avoided the dog altogether. This is just what most people do and why these things usually don’t improve.

Currently they may try to distract him. Although this may keep the peace, it doesn’t teach him anything. Louis needs to know the dog is there, that it’s at a comfortable and safe distance and that he’s not going to be forced too close for comfort.

Then he will be helped to start feeling good about it.

If he’s so relaxed and enjoying his walks as I predict he will be when he has managed to calm down, they may even need to point the dog out to him. This will avoid a sudden surprise. “Look – a DOG!” (hooray, wonderful, good news!).

NB. For the sake of the story and for confidentiality also, this isn’t a complete ‘report’ with every detail, but I choose an angle with maybe a bit of poetic licence. The precise protocols to best use for your own dog may be different to the approaches I have worked out for Louis. Finding instructions on the internet or TV that are not tailored to your own dog can do more harm than good as the case needs to be assessed correctly. One size does not fit all so accurate assessment is important,particularly where any form of aggression is concerned. Everything depends upon context. If you live in my own area I would be very pleased to help with strategies tailored to your own dog (see my Help page).

Puppy off to the best start

I just wanted to message you and say thanks for your help when Dizzy was a pup. She's turning out to be an amazing little thing!!! We literally couldn't have asked for a better dog, thank you so much for setting us off on the right track from the very beginning!

He is having fun, he is affectionate and more relaxed

We are really pleased with progress far. Your guidance has been invaluable. Within the first week, we were all just feeling relieved at the improvement in his behaviour (and probably ours!) and we felt we could at least live with him.  Now, at the end of two weeks, I can honestly say it is a pleasure to be with him.  He is having fun, he is affectionate and more relaxed.

Very kind lady gave us the reassurance that we could give our dog a new start to life. He truly needed one. Theo was professional, approachable and extremely sensitive to our situation and our dogs terrible separation anxiety.

Very helpful and extremely easy to talk to

Was very impressed with Theo, she was very helpful and extremely easy to talk to. Theo explained everything very well to us both, making everything easier to understand

Both of us were very impressed with Theo

She was absolutely fantastic and explained everything well. All our questions were answered in great detail. We couldnt ask for more. Warm and friendly. She gave us back our optimism that Polo isn't a lot cause. I would have no hesitation in recommending Theo,already have!

Theo lived up to our expectations

Having had a trainer over previously to help with Dollys biting and obsessive behaviour who had very negative methods in my opinion, we did a lot of research to find Theo and she lived up to our expectations.

Theo has been very supportive

From her first phone call following my email enquiry, calling back with further suggestions even before she met us. Trudi has changed already, really calmed down, and we feel confident that with Theo’s support there is positive hope that we will get there.

Extremely prompt telephone call after my initial email. I felt empowered following the visit, and confident I will learn good leadership! Delighted with Theo. William (our Dalmation) is already calmer. I wont give up on him now Theos in his and our lives.

3 weeks ago I was at the end of my tether and it was me or the dogs (and I suspect my husband may have chosen the dogs!). I didn’t know how to stop all the barking, dreaded callers to the house and generally wondered why on earth I had dogs. It has been hard, the first 10 days or so was stressful trying to remember all the things to do, I lost my temper, I shouted, the dogs seemed worse than ever before but now I am seeing results, it feels good, I feel good. The dogs are brilliant, I love them again.

Thank you for coming to meet us. Both Michael and I expected someone judgemental and you were nothing like that at all. and made sure that we understood why we were to behave in a different way and see it from the dogs’ point of view. We both thought you were lovely!

You gave me some incredibly helpful advice

when I was at a point of crisis with my two rescue dogs. My thanks alone would never be enough.

We were thinking of having her put down before you came

I always praise you for the way Jess has turned out considering we were thinking of having her put down before you came.

The service we received was prompt, informative, efficient and well explained.

We would have no hesitation in recommending Theo to any other family with similar problems, I now have a more relaxed dog and the family is more relaxed!

Theo gave me confidence with my dogs

which I very rarely feel with a stranger in the house. I was very impressed with the service received. My only regret is not asking for help months ago!!

All stories are always published solely with the client’s permission. In some stories, images and identifying details may be changed. 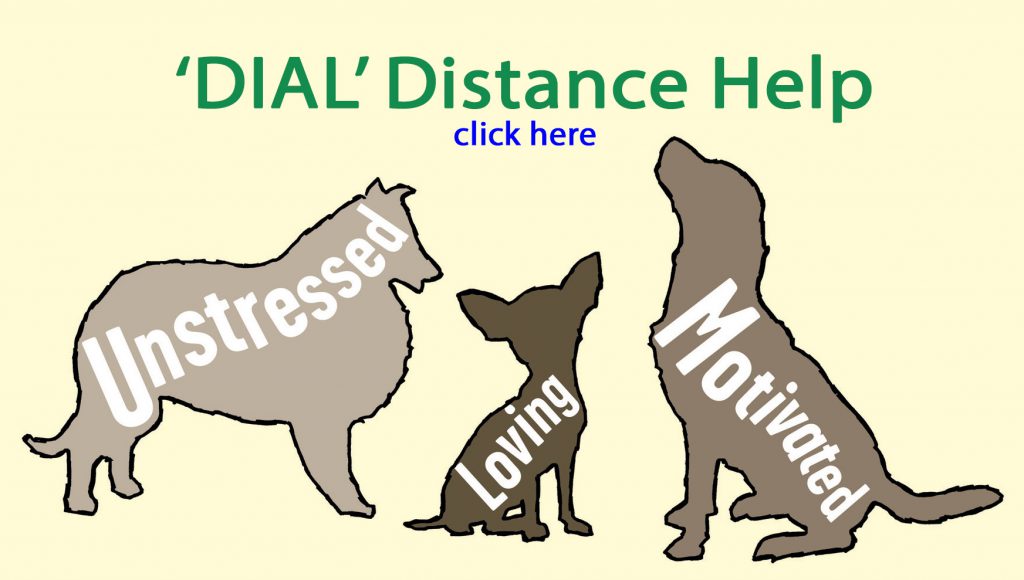