Rescue is Not What She Signed Up for

It can be heartbreaking for someone who, rather than getting a puppy, rescues a dog in need of a home, only to find out that there are hidden agendas that start to come to the surface after a week or two. By this time it’s often too late because they have fallen in love with the dog, and anyway the dog probably may well not be rehomable if biting is involved (knowing this, biting was probably the reason the previous owners didn’t come clean to the rescue centre).

So it is with Simon, an enchanting terrier mix who is cat obsessed and hates other dogs with a vengeance. He has bitten his new lady owner when fired up over another dog on a walk. What the lady, a first time dog owner, naively thought she was getting in Simon was a dog she could take camping with the family, who would sit quietly with them in a pub garden and walk off lead. Instead, she has a dog that is pulling, lunging and wanting to attack any dog, and who can’t be taken out with them for fear of going ballistic if he spots another dog. She is even unable to go on holiday this year because she can’t leave Simon in kennels. He was so distressed around other dogs during his short stay in rescue kennels that they had him in the office, so kennelling isn’t an option. Leaving him with a dog sitter is clearly out of the question.

The lady has already been with another trainer but in some respects Simon is getting worse, and the methods don’t rest easy with her. It seems that nobody has really looked at things from the dog’s point of view, behaving as the dog would expect a leader to behave rather than by using domination techniques. A good mum or dad can instill discipline, set boundaries and earn respect whilst still being kind, without being ‘dominant’ or over-controlling. So it is with a good dog leader.

There are so many good points about this dear little dog, far outweighing the bad. The lady is committed. With time and patience I am sure they will bring him around. 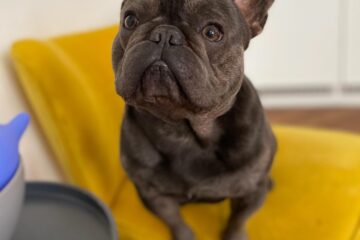 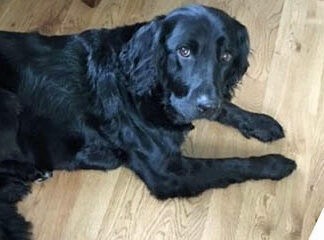 It seems Kirie is finding adjusting to her new life a bit hard. They moved house two months ago. The seven-year-old Springer Labrador is the sweetest, most gentle dog. It distresses them to see her Read more…