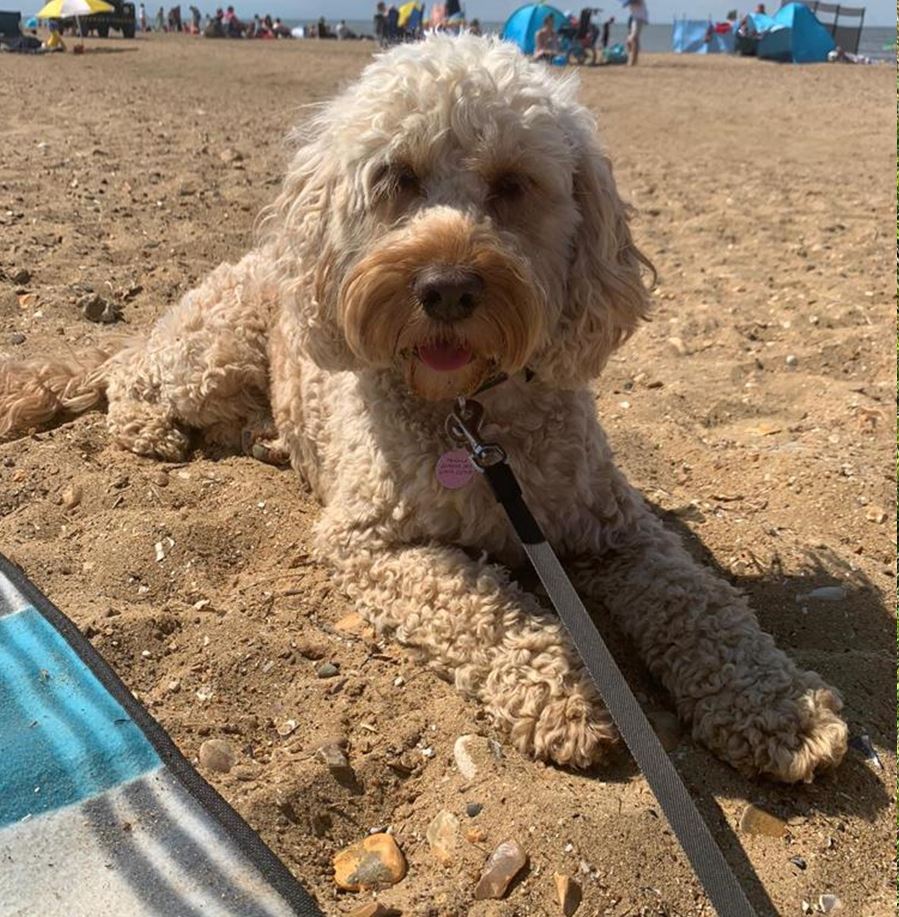 It’s a great shame. Hattie was friendly and confident with other dogs until an ‘aggressive’ dog incident that scared her. Then it happened again with another dog.

Now Cockerpoo Hattie, depending upon her general arousal levels, may herself bark and growl at a dog.

What is unusual about this case is that the two-year-old dog is really calm at home. She seldom barks at noises and is happy to watch people and dogs walk past the house from the window.

Most often dogs that are fear reactive outside are to some extent reactive at home also.

There are three possible ways of dealing with the ‘aggressive dogs’ issue.

Firm control or punishment can only make her feel worse with you also becoming the enemy. Distraction and avoidance, whilst not making things worse, will change nothing.

Helping her to feel safe.

Associating other dogs with feeling safe and positive things is he only way to change how Hattie feels.

This means maintaining distance (hard with so many out of control off-leash dogs about) and for the sight of a dog prompting something good to happen.

Hattie seems to be random in her fearful reactions. It’s just sometimes and with just some dogs. It may be to do with the dog or to do with how she is currently feeling.

Building up her confidence in general will help her to be able to cope. Whether the dog is one she may react to or not, the same procedure should take place with all dogs, I feel.

She should no longer run over to a dog (after all, that dog may not welcome her). She can be taught that when she sees a dog she comes to them instead. Then good things happen. They can then review the situation and if it looks like a play occasion, she can be allowed to go.

Often now she ‘says hello’ and then quickly start to bark, so they can observe the three second rule. Three seconds and then call her away (they may need a long line). They don’t want her to spook another dog, creating yet another forced into reacting like an ‘aggressive’ dog.

The plague of off-lead dogs

Lastly, that plague of an off-lead dog running up to her. What can they do about this? Even areas where dogs should be kept on lead aren’t safe as too man dog owners think this rule applies to other people, not to them.

Anything to scare the dog like compressed air will scare Hatti also, so inadvisable. They will try throwing a handful of food at its face instead and then jog off, hastily retreating. A yellow vest on Hattie with ‘A Need Space’ may prompt a more considerate owner to retrieve their dog.

If they can ‘keep her safe’ for long enough and avoid those off-lead ‘aggressive’ dog encounters, Hattie will hopefully be back to the confident little dog she was not so very long ago, before the two attacks.